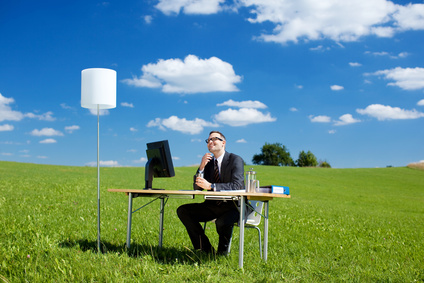 Psychology is not the most important part of becoming a successful trader. This may sound a little strange coming from a guy who makes a living from helping athletes, poker players and traders solve the psychological problems limiting their performance. But it’s the truth. The idea that after learning how to read a chart and other basics of trading, the only difference between making money and losing money is psychological is misleading at best.

People often come into trading with the goal of making easy money—just like the people who flocked to online poker after an accountant named Chris Moneymaker, who had never played in a live poker tournament before, won the World Series of Poker main event for over $1 million. They’re looking for a quick way to make a lot of money. Thankfully, there are plenty of people looking to take advantage of that motivation. Psychology sells because improving your mindset is easier than developing the kind of real skill that seasoned traders have developed over years. Who would want to work hard if there was an easy way to make a lot of money?

Magic bullets don’t exist. Stop looking for them. Working on your mental game, or the psychological side of trading can make a big difference in your trading, but it’s going to take real work for the impact to yield results. The changes aren’t immediate, and they may not even be what you need right now.

Technique Is More Important Than Your Mindset

I came into mental coaching from a background in golf—I was a 3-time collegiate All-American, won 9 college tournaments and had aspirations of playing professionally. In 1997, I had a shot at qualifying for the US Open, but I choked. This pattern repeated itself in other huge national events and forced me to confront the psychological side of my game. The prevailing wisdom in golf was similar to what’s often said in trading: Golf is 90% mental. This idea appealed to me because it gave me a straightforward way to correct my failures. But as I dug into the mental side of the game, it became clear how misguided that idea is. Yes my mentality needed improvement, but my technique needed a lot of work too.

Think about it, if golf truly was 90% mental the Dali Lama would be an excellent golfer. But he’s not. Why would a professional golfer spend most of their time honing their swing, and not meditating or working with a psychologist? They don’t because while the mind matters, it can’t overcome faulty technique. The mind is what allows a golfer to get the most out of their technique, it can’t replace it.

Golf is a physical game, so maybe it’s not a fair comparison to trading. How about poker? Poker is as physically demanding as trading and online poker even looks a lot like trading—players often set-up their virtual tables with a range of statistics that function and look a lot like indicators in your charts. If you think learning the rules and hand ranking sheet—the equivalent of learning how to read a chart— is going to make you a successful poker player I have some clients who would like to play poker with you. In poker, you would be called a ‘fish’ and the card sharks would love to have you sitting at their table.

If trading was mostly psychological wouldn’t a meditation instructor make a great trader? Heck by that logic I should even be a decent trader—my mindset is pretty strong having cured the mental leaks in my golf game and I even understand the basics of trading. But I’m not delusional. I know that an experienced trader riddled with emotional issues will make more money than me over a large sample. (Anyone can get lucky in a few trades.) His understanding of markets forces, indicators, and other technical knowledge is what makes a great trader. Psychology can’t fix a faulty golf swing and it can’t fix faulty trading technique.

I’m not railing against my own profession. I simply want it to be used in the right way. Here’s my advice:

1. If you are relatively new to trading, focus on increasing your trading knowledge and technique. That’s the only way you can be competent; really at anything. For you, spend 90% of your time devoted to developing this expertise and 10% on the psychological side. If you have an interest in psychology, by all means keep an eye on it. Make notes about small mental issues you notice and read psychology articles and books that interest you. But don’t let this time or effort distract you from your main priority to become a skilled trader. Don’t be someone just looking to get lucky and conveniently blame greed, fear, or a lack of discipline when trades do not go your way. If you find that at this point, you have psychological issues blocking your ability to even become profitable, it means that your issues are more personal and likely show up in other aspects of your life presently or in the past. In other words, they aren’t trading psychology issues, they’re personal ones that happen to show-up in trading.

2. After your knowledge has become stronger and you’ve proven that you can execute a trading strategy can be profitable, then psychology becomes more important. At that point, you can spend 30% of your time working to improve your psychological approach to trading. Much beyond that at any point in your career and you’re likely to lose focus on developing the skills needed to be profitable. Sure you can spend more time when psychological issues pop-up, but on average you don’t want this side of the game to consume you.

As it turns out the idea that golf was 90% mental was a simple misquote. The original quote referenced how golf played at the elite level is 90% mental. This is implies that most of the edge against other players with similar levels of technical competence was mental. I still don’t agree with this sentiment entirely, but I do agree that when you get to the top of any profession, the skill differences between top performers is tiny. At that level, something relatively small like psychology suddenly provides a huge opportunity to gain an advantage. That’s where trading psychology matters most. It still matters in helping you to get to that level, but not as much as people often think.

Jared Tendler, MS, LMHC is a mental game coach for athletes, professional golfers, and traders. He has clients in 45 countries and is the author of two highly regarded books, The Mental Game of Poker 1 & 2. For interest in his coaching, go to: http://jaredtendler.com/trading/